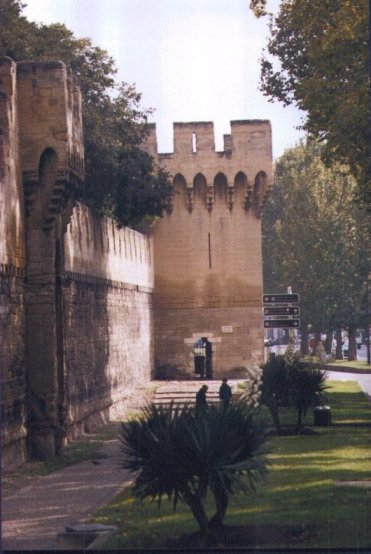 Avignon is a traditional walled city. In the Middle Ages, the entire town was enclosed in a wall with gates that allowed entry into the city. The picture above shows a portion of the wall around Avignon near the train station. The portion of the wall that extends to the right is part of a gate. 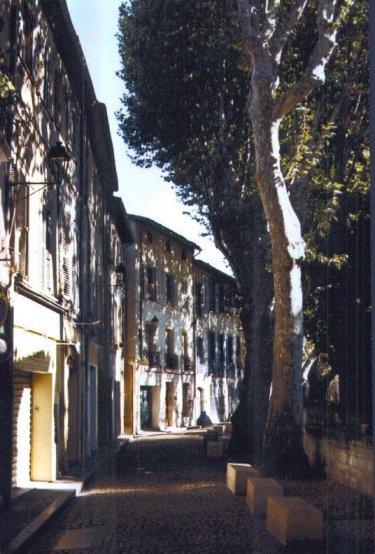 The Rue des Teinturiers has been called the most picturesque street in Avignon. It follows the Sorgue and is surrounded by ancient plane trees. The Sorgue is the same stream that comes out of the Fontaine-de-Vaucluse, but it's hard to recognize the calm stream that starts high in the mountains.