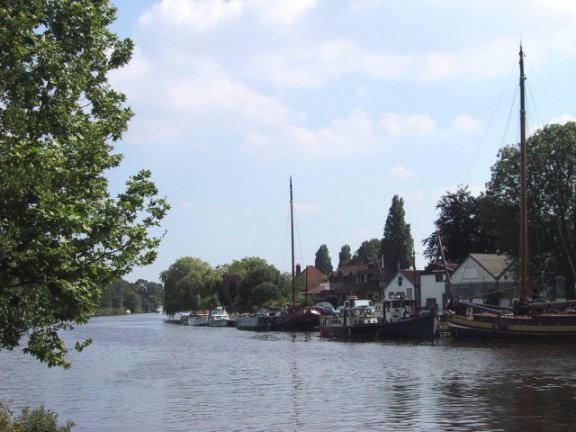 This is a walk from Staines, West of London, to Laleham, an ancient village following the River Thames as it heads downstream. This is a short walk of approximately two miles that makes for a pleasant afternoon outing. To reach Staines from London, take the train from Waterloo. Staines high street offers many shops, along with places to eat. The Angel Inn is one of Staines' oldest hostelries, dating back to the twelfth century. After rounding the corner at Debenhams store, you follow along towards the Thames Lodge Hotel and Pack Horse pub (another choice for refreshment). After heading under the railway bridge, our walk begins along the Thames. 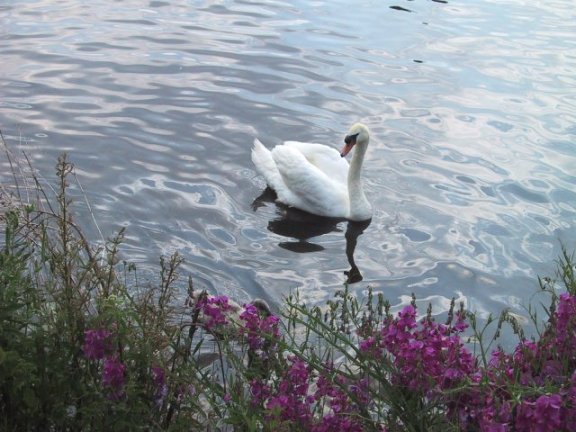 There are numerous swans on the river. Besides providing an excellent photo opportunity, they kept our children amused. It was obvious that the Swans were used to human company, swimming along with us as we walked along the footpath. Several appeared to be looking for food, so we assume that river walkers often provide handouts to the Swans on the river.