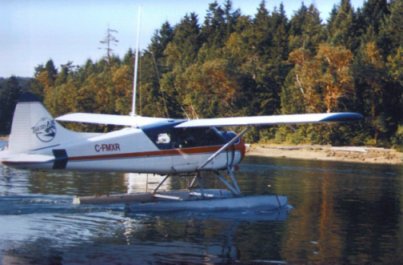 Float planes are an important part of West Coast transportation. If you travel in the Gulf Islands in the summer, it is almost certain that you will see or have to avoid a float plane. This float plane was talking off from Telegraph Harbour (between Thetis and Ruper Island). 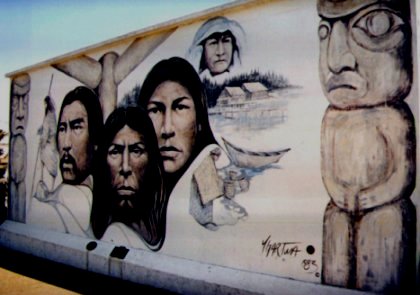 It's fun to stay in Telegraph Harbour and then take the ferry to Chemainus. Chemainus was a typical West Coast town that depended on the lumber industry. When a downfall in the lumber industry threatened the survival of the town more than twenty years ago, Chemainus reintented itself. The town commissioned numerous murals that were painted as public art documenting the history of the town. While the lumber industry improved and established itself again in Chemainus, the murals and the tourist industry that they created are still an important part of the reason to visit Chemainus.